As I mentioned in my most recent post, I made the decision to return to school in order to obtain a Master of Arts in Education degree and teacher certification earlier this year. Since then, I have already studied many different aspects of education that I will be sharing with the PALS community. This week’s post examines my research on book-length fictional texts assigned in high school English Language Arts (ELA) classes over the last thirty years, in which I was interested in determining the frequency at which texts by female authors have been taught. This post will also examine some underlying issues for why the most popular texts taught in ELA classrooms have remained almost entirely the same (and almost entirely written by men) over the last thirty years, before considering how high school teachers can create alternative spaces in which different authorial voices can be celebrated and what this means for college instructors who are introducing students to authorial voices that do not align with their past learning experiences.

In “Stability and Change in the High-School Canon,” Arthur Applebee (1992) reports on a series of studies conducted by the National Center on Literature Teaching and Learning. These studies sought to compare current text selections for high school classrooms with those from thirty years ago. When examining their results, Applebee (1992) concluded, “Although the rank ordering of titles differs somewhat in the three samples, they are remarkable for their consistency more than their differences” (p. 27). Macbeth, Huckleberry Finn, Romeo and Juliet, Julius Caesar, The Scarlet Letter, Hamlet, Lord of the Flies, and To Kill A Mockingbird are listed in the top ten most assigned texts for all three types of schools (Applebee, 1992). Harper Lee is the only female author named in this study’s results.

Although Applebee (1992) calls for “finding the proper balance among traditions, separate and intertwined, that make up the complex fabric of society in the United States” (p. 32), the most frequently taught book-length text selections in ELA classes have remained remarkably consistent. In 1992, Vicky Greenbaum asked teachers in an NEH seminar to share their reading lists with her; the only texts that differed from the ones appearing in Applebee’s study were The Glass Menagerie, Catcher in the Rye, and A Separate Piece (Greenbaum, 1994). Harper Lee remained the lone representation for female authors. Like Applebee, Greenbaum calls for the implementation of texts written by more diverse writers, even providing a list of alternative texts for high school teachers to adopt (Greenbaum, 1994). Only three of these texts (Their Eyes Were Watching God, The Joy Luck Club, and The House on Mango Street) written by women from Greenbaum’s suggestions will be named in upcoming surveys of book-length texts most commonly taught in secondary schools (Stallworth, Gibbons, & Fauber, 2006; Stallworth & Gibbons, 2012).

Stallworth et al. (2006) conducted a survey of 142 ELA teachers from 72 public schools in Alabama, with the intent to determine what book-length texts were most frequently taught and why the teachers had selected these specific texts. Despite the large variety of texts named in the teachers’ responses, the most frequently mentioned titles remained almost exactly the same as those appearing in Applebee and Greenbaum’s research. The one notable addition is Lorraine Hansberry’s A Raisin in the Sun (Stallworth et al., 2006).

While their 2006 study uses a fairly small sample size, Stallworth and Gibbons expanded this study in 2011 in order to see what changes, if any, had occurred. The five most frequently taught books, based on this survey’s results, were The Great Gatsby, Romeo and Juliet, The Crucible and The Odyssey (tied), To Kill a Mockingbird, and Night (Stallworth & Gibbons, 2012). While these titles remain surprisingly consistent, the findings of this survey did show a shift toward teachers using other, more diverse, texts written by women. Stallworth and Gibbons (2012) acknowledge, “In terms of change, the total number of titles mentioned is much higher and reflects greater diversity…The House on Mango Street, The Giver, and The Secret Life of Bees were mentioned several times across grade levels” (p. 3). In addition, Their Eyes Were Watching God was found to be the sixth most often taught book-length text in the survey (Stallworth & Gibbons, 2012). 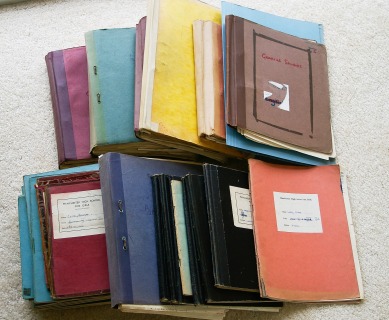 Possible Causes For This Consistency

It is important to acknowledge that many of the teachers surveyed throughout these studies expressed a desire to select texts that were relevant and of interest to students (Applebee, 1993; Fairbrother, 2000; Greenbaum, 1994; Stallworth et al., 2006; Watkins & Ostenson, 2015). Changing one’s classroom curriculum to make it more relevant, however, is not as simple as it may appear to be. One consistent reason for why teachers did not introduce more book-length texts written by women lies in their own educational experiences (Applebee, 1993; Fairbrother, 2000; Greenbaum, 1994; Stallworth et al., 2006; Watkins & Ostenson, 2015). Many teachers still receive their training in the context of the traditional canon. Teacher Susan Coryat acknowledges that she had not received proper multicultural or feminist theoretical training when realizing how many female British authors she had never even heard of, calling herself a “victim of the gaps in education” as well as, with her colleague Colleen Clemens, “perpetrators of the same gaps” (Coryat & Clemens, 2017, p. 40). To address this issue, Watkins and Ostenson (2015) advocate for theories behind text selection to be discussed more often and included in the curriculum for preservice ELA teachers.

In addition, teachers often cited practical issues, such as difficulty moving outside of their school district’s required textbooks or reading lists, pushback from students, parents, other teachers, or the administration, and the high cost of purchasing new classroom sets of books, for why they teach the same materials (Applebee, 1993; Coryat & Clemens, 2017; Greenbaum, 1994; Stallworth et al., 2006; Watkins & Ostenson, 2015). As Coryat and Clemens (2017) observed during their reflective self-study, which examines the lack of female authors in their own British literature classes, they were teaching from the same textbook Clemens had studied from as a student at their high school, and it was published in 1991 (p. 40). Charlotte Bronte’s Jane Eyre became the first book-length text written by a female author to be included in their British Literature classes after Clemens found a class set of the text hidden in a closet (Coryat & Clemens, 2017, p. 42).

Considering the Canon: Implications for High School and College Teachers

When considering the issues mentioned above, it may be easier for high school teachers to create spaces outside of the traditional classroom where students can have opportunities to critically think about, share, and discuss non-canonical texts. For example, Dr. Jarred Amato and his students started the Project LIT Community and its accompanying Project LIT Book Club. One of the core philosophies of Project LIT Book Club is that students should have the opportunity to see themselves in the books that they read (Amato, 2018). As of this summer, Project LIT has become a movement, with 850 chapters of the Project LIT Book Club in 48 different states (Amato, 2019). Teachers should look to and think about how they can facilitate alternative spaces, such as book clubs, independent reading, and choice in text selection, that provide students with more opportunities to read diverse writers.

College instructors who wish to teach outside of the traditional canon must keep in mind that some of their students may not have read non-canonical texts during high school. This may be especially true when teaching survey courses in which the majority of students are not English majors. When designing a unit, remember that some students may need explicit reading instruction, especially if they perceive the challenging nature of a non-canonical text as being too difficult to navigate. Include opportunities during class to model the ways in which students should be reading and thinking about the text. Have discussions or assign reflection writing on what books students read in their high school ELA classes. These strategies can help college instructors better prepare themselves and their courses for students who want to engage with non-canonical authors and texts, but who may not have been prepared to do so.

Fairbrother, A. (2000). Confessions of a canon-loving multiculturalist. Multicultural Education, 7(3), 12.

View all posts by chostetter