I have taught Gabriel Garcia Marquez’s “A Very Old Man with Enormous Wings,” Louise Erdrich’s “Sister Godzilla,”  and Flannery O’Connor’s “A Good Man is Hard to Find” in a row several times. I don’t stress connections of place or time period when teaching these texts, but rather they fit nicely together because they are all a little odd or weird. I have written about how “crazy” is often used by students to dismiss a text or a character. The opposite is at work with “weird” in literary texts. If someone calls you weird when you are in elementary school, it probably hurts your feelings. But as adults, even if we haven’t embraced our weirdness as much as Weird Al has, many of us are comfortable with our weird aspects because they are what makes us stand out a little. To call a text weird then is not to dismiss it but to celebrate it. When I say the three stories that I am going to discuss below are weird, I don’t mean it as a pejorative. I think it emphasizes the creativity of the text and shows students how literature can transport us outside of our everyday experience. If I announce before a class discussion, “This text was a little weird, huh?,” I am giving students permission to embrace their reaction to the text—many don’t want to initially admit their first reactions to the text was confusion or questioning. I am also adding a little lightness into the discussion. Allowing that the text might in fact be weird gives us the opportunity to play with our interpretation. The author took risks to construct the story, and we can take our own risks in interpreting it.

When teaching Marquez, of course, the “weird” narrative of the story is the element of magical realism. Students may or may not be familiar with this term, but if they are not, it is a useful way of helping them understand why a very old angel has crash landed in a yard. In “A Very Old Man with Enormous Wings,” an angel visits the home of Elisanda and Pelayo. The text is ambiguous from beginning to end about the origins of the angel, why he is present in the setting, and what he represents. He may or may not be an angel and he may or may not be there in response to the sickness of the couple’s child. Students enjoy the ambiguity of the text because of how unusual the angel is and how strange he makes everyone act. Elisenda and Pelayo keep the angel in their chicken coop and charge people to see him, the townspeople think he grants miracles, and the local priest writes to Rome to get word on whether the angel is really an angel or not.

The story is labeled as “A Tale for Children.” That label is ripe for unpacking because the details of the story are off-putting—the hens in the chicken coop he stays in spend their time picking parasites off his wings—and the narrative offers no closure or moral lesson. Students like to discuss this idea of the text being “for children.” Is Marquez joking? Is he commenting on the tales we do tell to children? Rather than being a light children’s tale, the reader feels the dark, depressing tone from the very beginning of the story. Marquez opens the story with a description of the rain that has been falling relentlessly causing crabs to infiltrate the family’s house. He writes, “The world had been sad since Tuesday.” This sadness brought on by the rain infiltrates the rest of the story. The whole story feels a little damp. In order to illustrate the tone of the story, I like to show my students these images I came across online by the artist Olga Skorobogatova. They showcase perfectly the tone of the story, and because they also illustrate many scenes in the story they can be used as a framing device for an entire class period on “A Very Old Man with Enormous Wings.”

“A Very Old Man With Enormous Wings” is short and can be covered in one class period, but it is very rich in terms of content that can be explored. I haven’t done so, but I imagine it would also be a good introduction to lead students into longer works by Marquez or other works of magical realism.

Erdrich’s text, “Sister Godzilla,” is a coming of age story about a young girl, Dot, who becomes enthralled with her school teacher, Sister Mary Anita. Sister Mary Anita is new to the school and is defined by her physical feature of a prognathic jaw. Dot leads the charge of making fun of Sister Mary Anita by calling her “Sister Godzilla” and drawing pictures of her as Godzilla. However, when confronted by Sister Mary Anita about the nickname and the drawing, Dot completely changes her perspective and pledges her allegiance to the nun. She becomes obsessed with protecting the nun and not allowing the rest of the children to make fun of her.

I teach the story as a coming of age tale, and students enjoy discussing other coming of age tales they are familiar with or moments in their own lives where they realized they were becoming adults. However, very few coming of age moments have as sharp of a before and after as Dot’s experience with the nun. Dot completely changes her behavior after being confronted by Sister Mary Anita. Students will be interested in this reversal, but might not be completely clear on what to make of it. The text does not provide a lot of evidence about  why Dot changes from teasing Sister Mary Anita to wanting to keep her from all harm. The most evidence that is provided is that this is the first time Dot has felt empathy. The text notes, “Dot had never felt another person’s feelings, never in her life.” Still this might not seem like enough explanation for Dot to decide things like she will have to “declare her vocation, enter the convent” to become a nun so she can look after the sister. The answer that I give my students here about Dot’s motivations is one they may be uncomfortable with but also eventually find liberating—I’m not really sure either why Dot has such a sudden change of heart. We can make guesses about the glimpses we get of Dot’s home and school life, but I think that part of the productive weirdness of the text is that we are not supposed to know exactly what inspires Dot. The text is purposefully ambiguous about this which fits with the overall atmosphere of it. The story is less interested in answers than it is in presenting an impression of the characters and their interactions.

The ending of the story is relevant to the theme of coming of age and is rather ambiguous also. Even though Dot tried to protect Sister Mary Anita, the other students still laugh at her, and the story ends with Sister Mary Anita staring out of the classroom window after rather dramatically kicking away a Godzilla toy the students had placed in the classroom. Most endings make for good discussion points, but this one is especially ripe for discussion because it is so enigmatic. I take time to really analyze the discussion and ask my students questions like: Did Dot fail as a protector? Will that have ramifications for her later on? What is Sister Mary Anita thinking in this moment? Is she preparing herself to discipline the children? Is she taking one final moment in the classroom before never returning again?

“A Good Man is Hard to Find”

In “A Good Man is Hard to Find,” the unusual elements of the text are used to highlight the dark humor of the story. The narrative follows a family on a road trip that goes horribly awry when the grandmother insists on taking a detour to 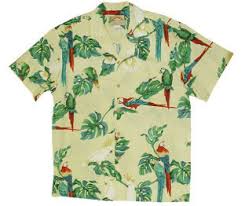 see an old house that she remembers that had a secret panel in it. The grandmother’s son, Bailey, is driving and is reluctant to take a detour. The family insists, however, and the detour takes a turn when the car crashes and the family has a run-in with an outlaw, The Misfit.

Based on just the facts of the narrative alone, one would not think this story should be particularly funny, but with O’Connor’s knack for outlandish details even the confrontation with The Misfit that ends in (spoiler alert) the death of the whole family has its moments of humor. The Misfit’s partners have killed Bailey and taken his shirt because The Misfit is piecing together an outfit after abandoning the clothes he escaped prison in. The grandmother is trying to talk The Misfit out of killing her and while she does this he puts on her son’s shirt. The scene is macabre itself, but O’Connor’s description of the shirt takes it from gruesome to absurd. The shirt that The Misfit is now wearing is yellow with “bright blue parrots” on it. Students will find this funny, and they might be a little worried about laughing in this seemingly serious scene. It is helpful to pause here and in other places where the humor is at odds with the content of the story and consider how the scenes are constructed to make them funnier than one might think they should be.

The humor is created through unusual juxtapositions, and it is also emphasized by O’Conner’s vivid characterization. The details of the characters are so specific. For example, in the opening scene, the grandmother and her grandchildren are discussing what they would do if they ran into The Misfit and one of the grandchildren, John Wesley, says, “I’d smack his face.” That quick sentence tells the reader a lot about the child and his relationship to authority. The only exception to the specificity of characterization is the mother of the family. It can be fruitful to ask students why the mother is not described explicitly. It can also be useful to think about why some of the characters with the most characterization—the grandmother and The Misfit—don’t have names but rather labels.

The last time I taught this story I divided the class into groups and then gave each group a character. The students described the character, the character’s motivations, and then found a relevant quote about the character. We made a chart on the board containing all of this information and then discussed why characterization is so important to the story and how it drives the narrative, which contains dramatic events but not a lot of plot leading up to those events. Exploring character can be a useful way of dissecting this story and analyzing why it is so memorable.

Often our classes are organized by time period, or if not, perhaps genre or themes. Although these stories can be linked by some of those elements, I have found it more effective to think of the connections among these stories as about the reader’s relationship to the event or narration in the story. These pieces distance themselves from the reader by having elements that are a bit weird. The unusual spots in the readings are places that can really be dug into in the classroom. Instead of letting the weirdness turn us off, I encourage my students to dig in and find out why they are reacting that way and why the author might have made those choices in the narrative.

View all posts by Brianne Jaquette

4 thoughts on “Pedagogy and the Weird with Gabriel Garcia Marquez, Louise Erdrich, and Flannery O’Connor”